Lexmoto Exhausts for Motorcycles and Scooters

Lexmoto are the pioneers of affordable motorcycles and scooters for the 21st century in the United Kingdom. Specialising in Chinese made machines they have been importing a wide variety of motorbikes and scooters with the aim of providing affordable travel for starter riders and commuters in Britain. Founded in 2003 as Llexeter and importing its first machines in 2005. The Lexmoto brand was developed in 2007 and has since gone on to win numerous awards for its franchise. By 2016 they became the top selling 125cc and 50cc brand in the UK.

For those looking for a capable entry level 125cc sport bike, the Lexmoto LXR 125 is a machine which offers styling and economic performance while generally retailing at about half the price of its more famous Japanese rivals. Not all 125cc bikes offer the same horsepower, but this one offers 11 to 12bhp putting it well in the mix for this field. At 167 kg it is heavier than its equivalents, but this is partly down to the frame belonging to a larger Lexmoto 300. Accelerating energetically to 50mph, it offers versatility for general urban and rural riding with a comfortable cruising speed of 60-65mph being adequate for dual carriageways and A roads. The compromise is the 5 speed gear box.

Blueflame Performance have designed and manufactured motorcycle exhausts and silencers/mufflers for the Lexmoto LXR 125 range.

Lexmoto have a broad range of scooters and different models of motorcycle but their LXR 125 models have brought much approval from critics and reviewers. You can adapt yours with Lexmoto motorbike exhausts and accessories from Blueflame Performance with single port and twin port options and carbon tip mufflers. Contact us today for further information on our motorcycle exhaust products. 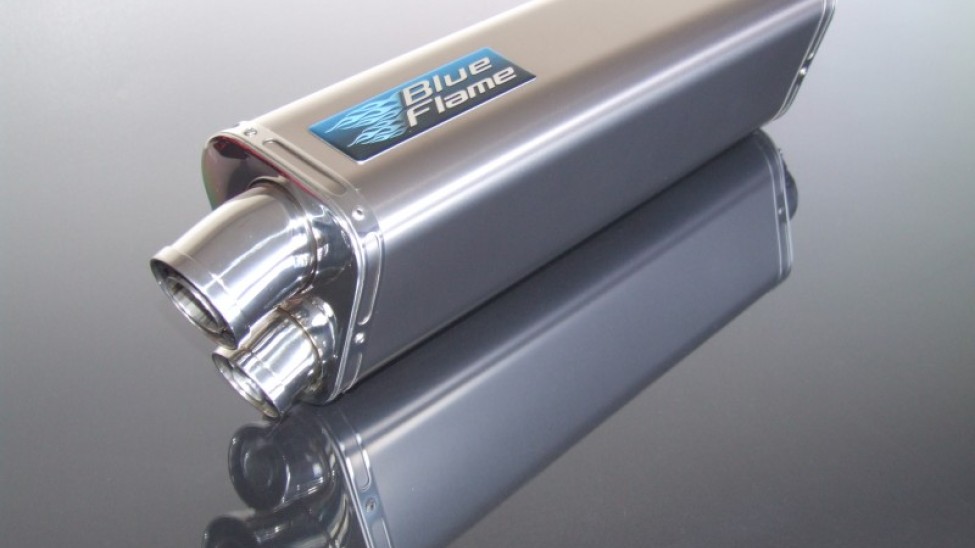