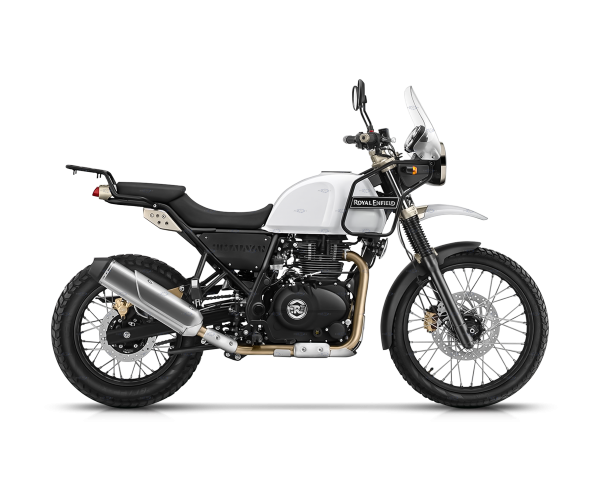 Royal Enfield is an icon amongst motorcycle brands with a rich and varied past. It has come to signify adventure, free spirit, and pushing the limits while heading into the horizon. It is in this spirit that Blueflame Performance has designed and built Royal Enfield exhausts and silencers. You can adapt your machine with purpose built exhaust accessories without compromising on the integrity and essence of the original marque.

Accessories and Exhausts for the Royal Enfield Motorcycles

The story of Royal Enfield motorcycles is as much a journey through motorbike history as it is of exploration across continents. Originating in the late 19th and early 20th Century in Great Britain. Its beginnings in bicycle and small arms parts manufacture are well known. Since the first motorcycle was produced in 1901, continuing with developments through the decades of the legendary “Bullet”. Supplying the Indian Army with motorcycles in the 1950’s built its reputation for machines which were hardy and easy to maintain.

Its connection with the Indian sub continent is fully ingrained into the company’s DNA and in 1997, a team of forty Royal Enfields ascended the world’s highest motorable pass, Khardung La, establishing the benchmark for traversing some of the world’s most challenging terrain. This feat also set the blueprint for the annual Himalayan Odyssey ride.

The Himalayan model was born out of these adventures and is renowned as the go anywhere machine, equipped for touring on road or in a remote uncharted territory, thanks to its up right riding style and long travel suspension system.

You can equip your Royal Enfield with motorcycle exhausts and silencers from Blueflame performance. We have a wide range of fittings for your machine and the Himalayan is a speciality of ours. Crafted from durable stainless steel and manufactured to the highest standard from our workshops in Staffordshire. Contact us for further details about any of our Royal Enfield motorcycle exhausts and silencers.