Motorcycle enthusiasts will be familiar with the vibrant lime green of the Kawasaki brand. Over its history it has developed a machine to tackle any terrain and type of riding.

Built upon a heritage of industrial engineering and aeronautics founded by Shozo Kawasaki, the manufacturer rode into the global motorcycle market and surge in Japanese large engine bikes with the 1969, 3-cylinder, 2-stroke, H1. Encompassing awesome power, high performance and an exhaust roar emitted from asymmetrically set mufflers.

Followed by the Z1 of 1972, this forerunner of Supersport models cemented Kawasaki's reputation in large motorcycles, setting the benchmark from which successive Kawasaki motorcycles have evolved.

Blueflame Performance manufacture Kawasaki Motorcycle exhausts and silencers here in the UK for a wide range of machines.

Kawasaki Motorbike Exhausts for a Wide Range of Models

Today Kawasaki’s success is equally impressive on the race track as it is in motocross.

Currently ridden by Northern Irish star Jonathan Rea and English multi Superbike title winner Leon Haslam. The Kawasaki Racing Team have won an incredible five WorldSBK titles to their acclaim over recent years recent past alongside four consecutive Championships in a row leading up to the 2019 season – making them a formidable team on the global racing circuit on the the Ninja ZX-10RR.

The Kawasaki KX450F–SR is the ultimate in their four-stroke motocross GP technology, combining class and race-leading power delivery with high tech suspension and lightweight chassis mechanisms.

Kiwi born Women’s Motocross rider has stormed to prominence since joining the Kawasaki team to become World Champion in the WMX. Clement Desalle and Julien Lieber partner in the men’s FIM World Motocross Championship having powered to FIM MX2 World Champion and 1st in the FIM Motocross of Nations between them in the past.

Whether you prefer the road, race track or motocross, we have Kawasaki motorcycle exhausts and accessories for a wide range of machines.

Custom Made Motorbike Exhausts for Kawasaki

What’s your Kawasaki? Are you a Streetfighter, a Cruiser, or perhaps you prefer the long distance and the open road of the Tourer. Maybe you’re a Sportsbike aficionado, or love the world of dirt bikes and Motocross, Enduro and Trials riding?

Blueflame Performance have designed and manufactured a range of custom made Kawasaki motorbike exhausts and parts from their centre in Staffordshire. To find out more, please contact us. 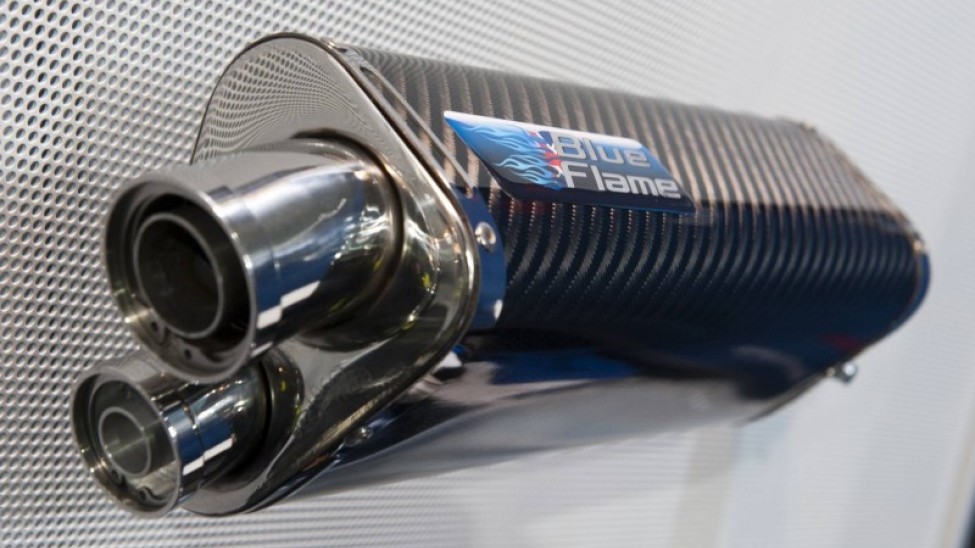